Amazon Alexa Echo Flex is a smart home starting point and the newest addition to the Alexa Family. Purchased from Amazon the Echo Flex retails at £24.99 and like other Alexa Devices, with the right timing, you may find a special offer if you click on any of the links in this blog post or on this website. As an example, if you have one light in a room, you can setup a smart home device in your home for a lot cheaper than you might think, depending on the way you want to setup your home installation. You could choose an Amazon Echo Flex at £24.99 with Bayonet Fitting Wifi Bulb at £11.98 and you are good to go, you have setup your voice activated smart home for as little as £36.98 in one room. Alternatively you could choose an Amazon Echo Flex at £24.99 using 1 x Wifi Plug at £19.99 and with this option you have setup your voice activated smart home for as little as £44.98 in one room. If you are going with any of the above options, it usually works out cheaper to go with a multipack of Wifi Bulbs or Wifi Plugs to save money and have a spare for your next installation of Alexa devices. Everyone’s tastes and choices are individual and you may prefer colour changing wifi bulbs to create scenes or you may prefer using wifi plug sockets with lamps and keep your existing bulbs the same. It is important to bear in mind one of the benefits of Wifi Bulbs are that they change colour, but it is also important to note that not all wifi bulbs change colour so make sure you check before buying. Alexa smart home devices are about convenience, functions, design and of course compatibility. All you need is a wifi connection with an Amazon account to enjoy the benefits of an Alexa smart home. Wifi Bulbs may seem more expensive to traditional light bulbs or LED bulbs, but they are a sound investment because they last longer and save money on bills by being the best energy efficiency. If you want to find out more information on the setup and configuration for any Amazon Alexa Hubs or Smart Home Devices please feel free to send us a message.

Imaginative Act is An Inspiration

Letter published in The Stage hardcopy and digital editions, online and app, January 2014.

Imaginative act is an inspiration

It was nice to read Liz Arratoon’s review of Cirque du Soleil’s Quidam at the Royal Albert Hall (Reviews, January 16, page 17), but I disagree with two points raised. Firstly, a reference to characters “prattling about on the edges as meaningless distractions”. Secondly, the closing of the review, which read, “So it’s easy – go/don’t go depending on whether you’ve been before” – based on Arratoon’s opinion of amendments to the 1996 production of the show.

With reference to characters “prattling about”, this might not appeal to one individual, but that doesn’t necessarily mean it would be “meaningless” to anyone else. Think of the children watching a Cirque du Soleil performance, who might find interest or curiosity in the actions or – to use a more inspiring word – ‘play’ of one of these characters. And think of adults who not only appreciate theatre as an art form, but are still in touch with their child selves in terms of innocence, happiness and excitement – they would likely appreciate these characterisations.

If our governments could see and appreciate more the benefits of theatre to communities – and if more people got involved with theatre and worked together to ‘play’ – our people and communities would lead better, more engaging and fulfilling lives. There should be less arts cuts and more individuals who can get inspired to spend their hard-earned money to go to a show, join a drama society or learn about the theatre.

On the second point, Arratoon does not agree with an evolved change in the show. But look at this from another perspective – it is good to have change, to give things diversity and new life. One of the many great elements of theatre is that no show is ever exactly the same on different nights, which makes each performance experience unique. There will doubtless be audience members who saw Quidam in 1996 and welcomed changes in the new production.

I think, in general, audiences are consistently mesmerised by a Cirque du Soleil performance. The performers have to be commended for their fitness levels, stamina and flexibility. They perform jaw-dropping acts, demanding so much stamina, mind and body control, that take years of physical training and endless hours in rehearsal to master.

The creative teams – including directors, production and set designers, lighting designers and special effects designers – create beautiful art on the stage that is simply mindblowing. Cirque du Soleil puts on fluid, high-energy theatrical performances that are stylish and sophisticated, and are brought to the stage by artists at the top of their game.

In October last year, I was lucky to be sat near the front of the stage for a performance of the company’s touring production Alegria. During the staging of a storm, an immensely powerful air machine was used to blow snowflakes, creating a blizzard effect. I actually experienced G-force by the power of this machine – it was like being in an air-craft simulator.

Sat next to me was a gentleman with his child, a boy of about five years old. Like me, the boy was mesmerised by the show. Throughout the performance I noticed this child’s intrigue, delight and fascination at what he was seeing on stage and experiencing as an audience member. It was nice to think that Cirque du Soleil has inspired this child – as it inspires people of all ages – to find delight in the theatre. This kind of show and company can help generate the theatre-going audiences of tomorrow.

So I say keep it coming and hats off to Cirque du Soleil – keep serving those fine performances that, like a good restaurant, give people delightful food for thought, make audiences want to come back and inspire people to tell their friends about the great times to be had in the theatre.

Alhambra Is a Venue to Treasure

Letter published in The Stage hardcopy and digital editions, online and app, December 2013.

Alhambra is a venue to treasure

In reference to the letter by Mr Gordon Steff, (Stage Talk, November 21), regarding the performance on opening night of Cabaret at Bradford Alhambra – as another audience member who was there on the same night, I would like to share my views on the experience of the same event.

It is unfortunate if someone felt a conversation by the lime box operators was disturbing their performance (and if this was the case, then yes, this needed to be stopped). Mr Steff commented that an upper circle attendant had to visit the upper circle box to stop this. The upper circle attendant could have been visiting the box for any number of reasons, but if they were going because noise was coming from the box, then I think this shows a good reflection of the staff at Bradford Alhambra, namely the circle attendant, doing a thorough and attentive job, making sure the audience has the best experience. I was seated in the stalls, (and as someone who has a strong sense of hearing and have been often referred to as someone who can hear the grass grow), I didn’t notice anything that impacted or restricted my enjoyment of what I considered to be a stunning performance and opening night.

In relation to the comments about the theatre manager not replying to a letter, maybe he was busy or just hasn’t yet had chance to reply? I once had to speak to the Alhambra theatre manager to request a leaflet from a stall that had closed. The manager greeted me with a smile, was friendly, welcoming and reopened the stall himself to get the item I wanted – thus giving service with a smile and dealing with a member of the public in a friendly and courteous manner, which is the way I have always been treated by staff at the venue.

I am proud to live near Bradford Alhambra, and as someone who visits lots of theatres regularly around Leeds, Bradford, Manchester and London, I always look forward to visiting the Alhambra because of the many great shows and the lovely venue. It’s a building that is beautiful in terms of architecture and has a superb history and consistent programme of top running West End shows and performers, as well as lots of other great shows and theatre events for all ages. Everyone I know who visits the Alhambra feels proud to have the venue as their theatre. With a 2013/2014 season that includes top West End shows such as War Horse, Singin’ in the Rain and The Lion King, it has to be given a mention as a theatre that the audience loves to see a show in and the shows love to perform in.

One person’s opinion can’t be the overall judge of what makes a disappointing or great night at the theatre – and that includes Mr Steff and myself – who have differing experiences of the same night of entertainment. But there is one collective unit that can be the judge of a great night’s entertainment, and that’s the audience as a whole. On the opening night of Cabaret at Bradford Alhambra, just before curtain, the audience were so moved by the closing scene and their overall experience of the show that you could hear a pin drop. The audience were electrified by this performance, and the pin-drop silence followed by erupting standing ovation said it all for me. I thoroughly enjoyed Will Young and the cast of Cabaret performing at Bradford Alhambra, and look forward to my next visit to the venue to see and enjoy another great show.

Cinema Showings a Plus for Theatre

Letter published in The Stage hardcopy and digital editions, online and app, July 2013.

Cinema showings a plus for theatre

I was interested to read Honour Bayes’ article, Is onscreen theatre still second best? (June 6, page 10). I think screen productions of theatre performances are great for educational purposes, but for me they will never replace the experience of seeing a show in person.

But as someone passionate about attracting new audiences to theatre, I think cinema screenings are a good thing. People who are not regular theatregoers might see a filmed play and then want to experience the live version and buy a theatre ticket. The tale of the man from Hong Kong who saw Digital Theatre’s recording of David Suchet in All My Sons – and was so moved he flew to London to see Suchet perform in person in Long Day’s Journey into Night – is a great story, and a testament to this.

As someone who lives in the north, I thoroughly enjoyed National Theatre Live’s screening of The Audience on June 13. It was a great opportunity for me to see a show I wanted to see for some time, but did not have the chance when in London. It was also great to see interesting behind the scenes footage and a special interview with writer Peter Morgan during the interval, plus shots from the theatre in London – a mirror reflecting one audience to another.

Hopefully modern technology can be an asset to the beauty of live theatre, and help to build on the number of people who love going to the theatre. However, it doesn’t beat being there in person, and that will be a pleasure we can continue to enjoy if everyone – members of the public and local government – realises the benefits of local and national theatre. 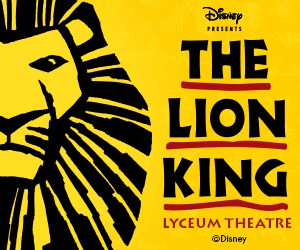